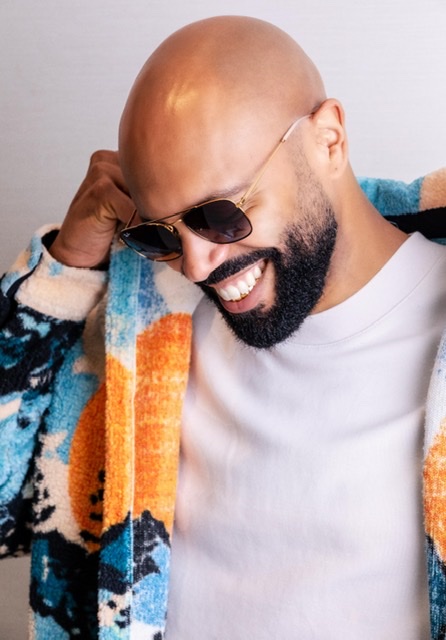 by Joseph
No comment(s)

Following the release of his latest single ‘OMG’, I spoke with William Araujo about the inspiration behind the song, how he got to music and highlights on his musical journey so far.

Hi William, thanks for talking to me today, how are you doing?

I’m good thank you, I hope you’re ok too.

I’m fine, thanks. Could you give me some background about yourself, how did you get into music and at what age?

I got into music at the age of 6 when I started playing guitar and piano. In my family everybody played so they pushed me in the direction of music very early.

What is it about making music?

Music was the thing I loved the most and the best way I could express myself was by writing songs. And I personally think, that being able to make music is a gift from God.

Can you remember the moment when you thought or realised that music was the way to go?

Yes, it was when I heard the Mobass album back in 1996 and realised that making Cape Verdean music could be something more than what they were doing back then.

Tell me about your process. How do you find inspiration when working on a new song?

My inspiration comes from things that happen in my own life or to people around me. Lately I’ve been in a very peaceful period so you might notice that my songs are a bit lighter and have a lot of love involved haha.

What performance would you say has been the best of your career so far?

There are many [hahah] but the major festivals in Cabo Verde have a special place in my heart.

What’s the best piece of advice another musician ever gave you?

This game is a marathon not a sprint. Do what you feel is right in your heart and you’ll never be wrong.

Do you have any hobbies or interests outside of music?

Yes, boxing! Next to music, that’s what I like the most.

I would love to do a song with the Nigerian artist Tekno.

Describe your favourite and least favourite part about being a musician?

The favourite part is feeling the love from fans all across the globe, or even hearing people sing your songs. The least favourite part is dealing with people that sometimes try to profit from you in a negative way.

You recently released OMG. Tell us the story behind that song?

It was a beat that Wilson Silva sent me for Christmas and the melody and lyrics came without thinking. So I decided to drop that one right away. And like I said, I’m in a feelgood wave so it almost wrote itself

What is one message that you would like to give to your fans?

Always believe in yourself because anything you can imagine is possible.