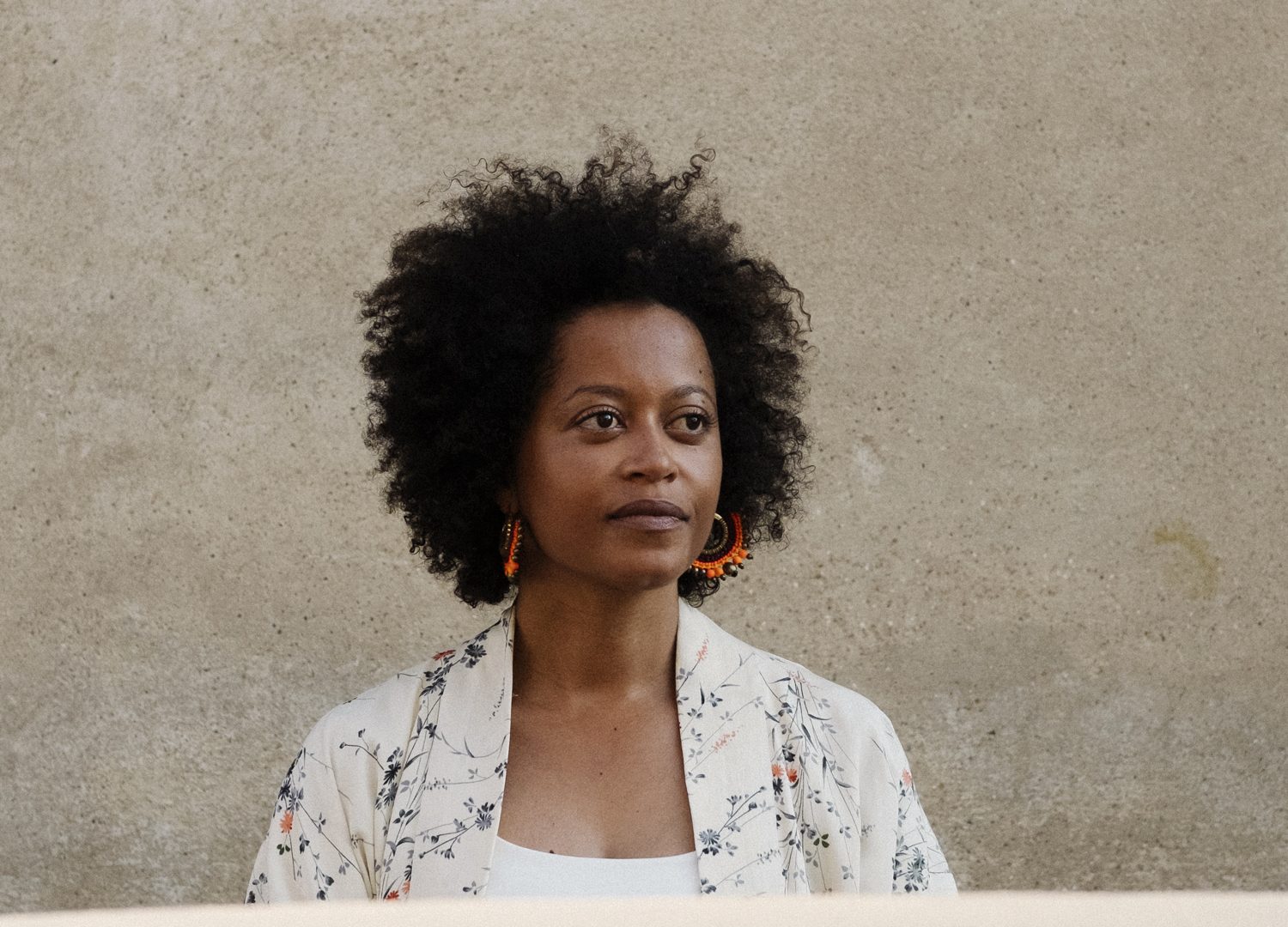 There’s something unique, refreshing and vulnerable about Sara Tavares’s latest album Fitxadu. If you don’t believe me, I dare you to listen to Coisas Bunitas or Ginga without clutching your hands over your chest, smiling and dancing across your bedroom.

In this exclusive interview, I speak to Sara about her musical journey and her latest album, Fitxadu.

Hi Sara, thanks for agreeing to this. Could you give some background about yourself, how did you get started with playing – and creating – music?

It was a process. I started singing in a TV show, people saw me, I got invited to sing in another one, got a record deal, I got a taste for it, people thought I had something promising and here we are, twenty-five years later I’m still going 🙂

Growing up, did you always want to be a musician?

Kind of, yes, I also wanted to play football and I used to love drawing.

At what stage did you decide to take seriously, or have a career in music?

It was when I got the chance to record my first album, I kind of turned the mirror on myself and started analysing a lot of things, my social, cultural roots and one thing led me to another and I started asking for musical material but nothing pleased me. I just couldn’t feel myself represented on that material so I managed to learn some chords and grow myself through some melodies, simple poetry, rhythms until I felt it and thought ‘yeah this is me.’

I’m interested in your musical roots – which musicians and songwriters have been your greatest influence? What are your favourite albums?

With Portuguese music I loved (everything from pop to revolution intervention, anti-regime music and Fado from the radio and Brazilian music from soap operas on TV, MPB (Djavan /Gilberto Gil/Joao Gilberto/Jobim/Caetano Veloso/Gal costa/Betânia/Samba).

And African music from parties with the Family so there were lots of Cape Verdean, Angola, Guiné, Mozambique and São Tomé music. You also had Semba, Kizomba, Funana, Coladera etc.

During my “discovering my roots” phase I listened to music from Miriam Makeba, Salif Keita, Ali Farka, Fela Kuti, Ladysmith black, Oumousangare and a bit of Afro jazz.

You had an eight years hiatus between your last album Xinti and this one, why did it take so long?

I had an illness and after that I felt tired of the music business and waited until the magic came to me again.

Let’s talk about your latest album called “Fitxadu.” What was the inspiration for it and did anything surprise you about the emotions you felt about it all? What was it like putting together? What was the most challenging aspect of it?

It was simple. I was happy about music again. I had taken my long period of silence. I had rested, forgiven myself and others for using and abusing all my energy and artistic adrenaline so I found myself standing up dancing in clubs enjoying the beats of Azonto, Kuduro (from Luanda and Lisboa), stuff from Stromaes, Yemi Alade, Wizkid, Mr Eazi.

This big new crowd with fresh music made me dance, just dance and it got me going back again.
This got me to playing my old records, listening to Nina Simone and Chavela Vargas. I was also searching the internet, looking for funky music, and finding Anderson Paak, Childish Gambino, Ibeye, Alice Smith, Sampha.

It got to a point where I just deleted all the songs that I was working on and decided to make a creative process with my album. I literally called on my Lisbon, Cape Verdean, Angolan, Guiné family to compose, co-arrange and produce the album and that was it.

I know you’ve been touring since the album was released, how has it been like connecting with your fans and sharing the emotions of the songs live with them?

Each day, each concert, each place, each venue, each audiences create special moments. It’s a state of mind. My interaction also depends on a lot of different things, my interaction would be different if it’s a festival where there are many bands, or if it’s indoors or if the audience knows my music, I get to connect with them differently all the time.

Have you experienced anything unexpected during your tour so far?

I had a marriage proposal on stage 🙂 It was beautiful ?

What advice would you give to a young person who is thinking about becoming a musician one day?

Be sure you love the art more than you love your ego and start working yesterday.
Always be humble, speak less and listen more.
Please don’t be vain and proud, it slows your evolution.

What are your plans & hopes for the future with regard to your music?

To continue to live, get and give energy from my art.
And be an independent artist.
And be serene ?