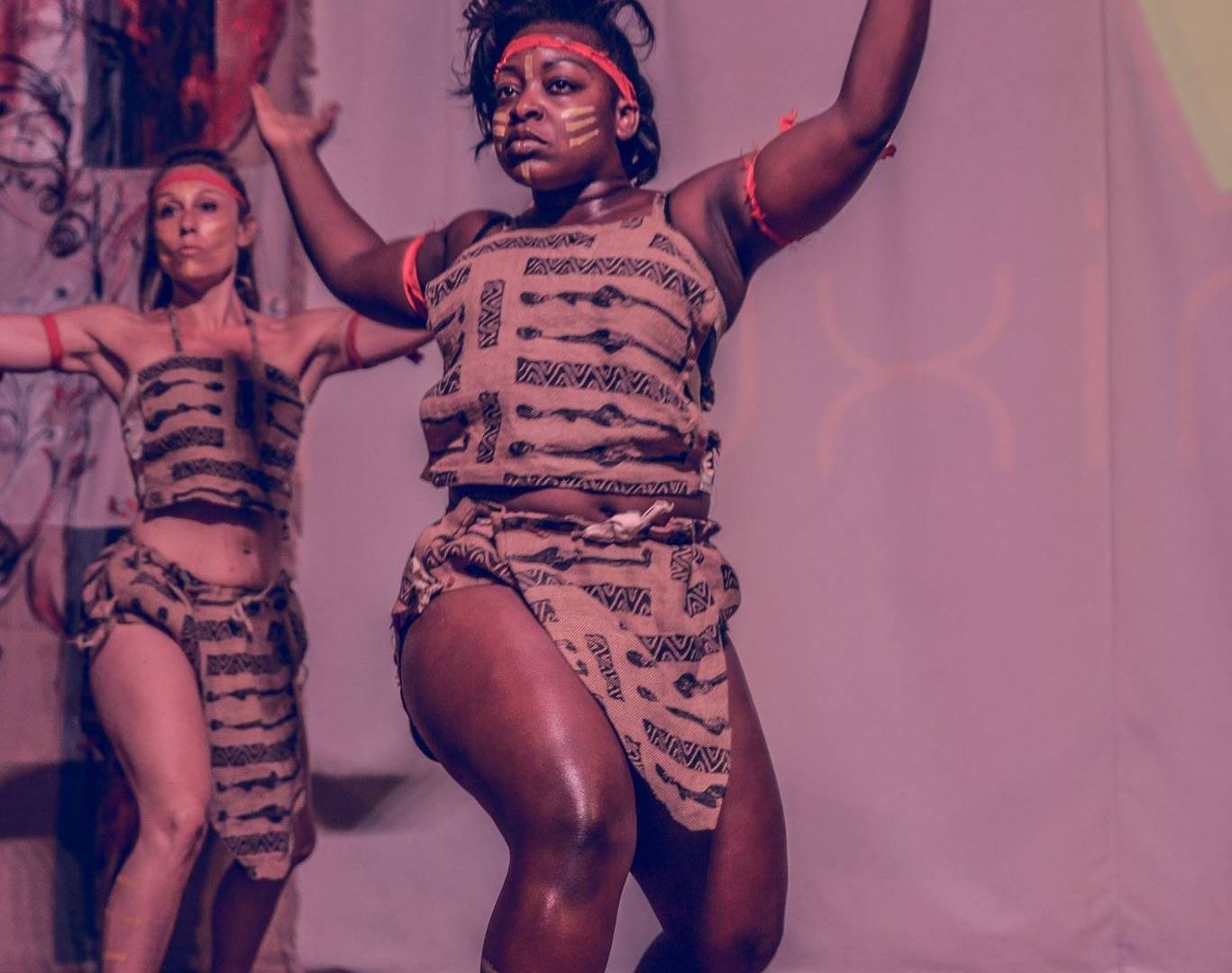 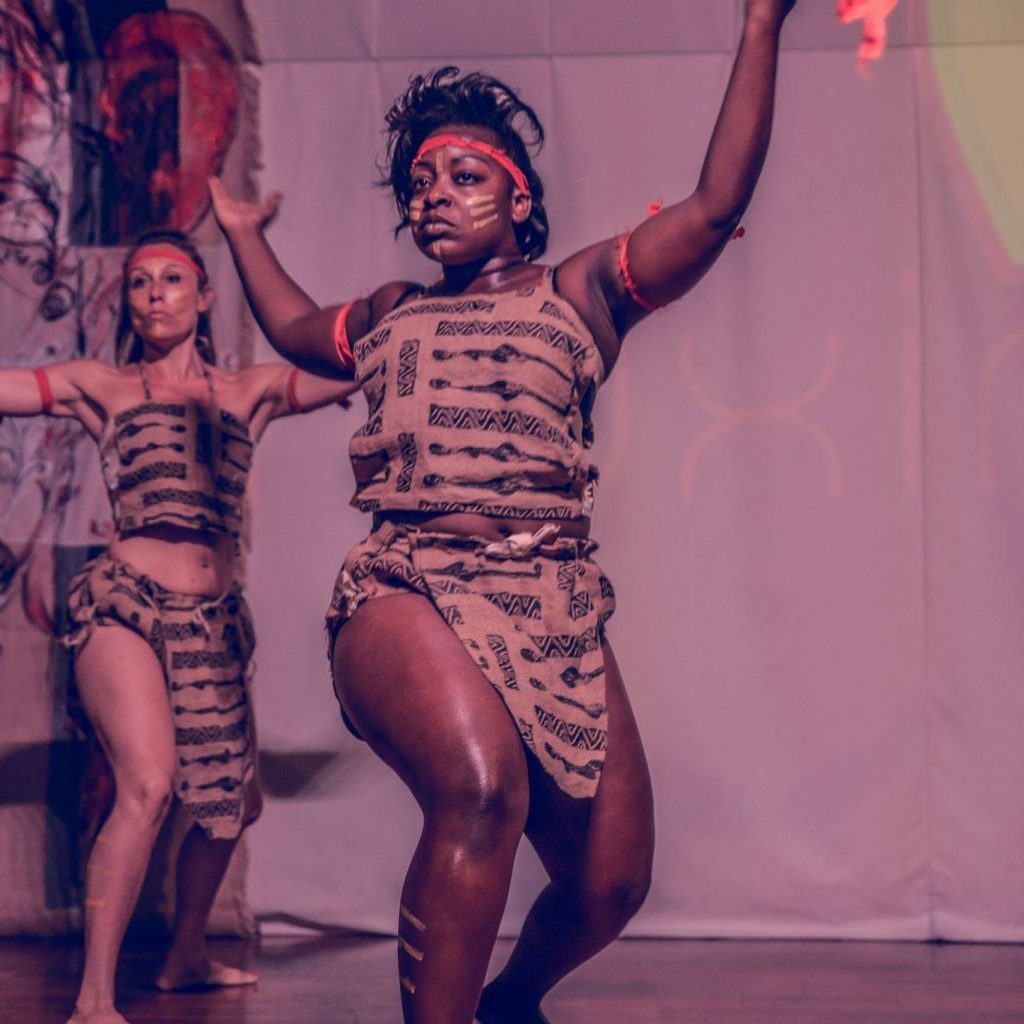 I have always danced for as long as I can remember, I do not know how or when I learned.

I was a child who was always at parties with my mother or at the school parties – I never missed one. Perhaps this is why my mother decided to make me and my brothers take part in the entertainment programs for children on television (TPA), those typical programs where kids sing or dance and we were there to dance. Everything was choreographed and recorded in advance so it always came out well.

At the same time, my sister and I were part of another dance group with a very well-known singer in the children’s community (NILA BORJA). I was part of this dance group until I was 11 years old. After that, I came to Portugal where I studied and where I continued my journey but this time connected to the theatre. I ended up in the theater due to school curricular activities during my entire high school period and I was part of the school theatre company (BOBADELA).

After a while I received an invitation from some friends (MARCO MENEZES and FENIX POP) to do urban dances such as hip-hop and house. When I changed school , I remained in contact with the theatre and had the opportunity to represent my school (Eca de Queiroz) in Madrid, at a festival that brought representatives together from several schools to perform theater and singing.

One day a friend of mine crossed paths with Mestre Petchu who invited my friend to be part of a dance group which Mestre Petchu was directing and choreographing (BALLET traditional KILANDUKILU). My friend decided to invite me to go with him and I accepted, however he ended up leaving the group and I continued to be part of it. And once again simultaneously I continued to do theatre and work in a telecommunications company, however as the theatre required more availability from me and already having a great desire to return to the dance I had to make a choice and I chose the dance.

My dance partner Paulo Cruz and I are going to take part in a project called Dance FOR it, a project that aims to show the lives of six dancers with different nationalities, where it will focus on the African dances and our lives and what we do apart from the dance.

Until now, my partner and I have been privileged to be invited to perform and teach at several festivals in different parts of the world spreading a little bit of the joy of African culture.

In general, I’ve always had a lot of memorable moments, and I’m very connected to everything I like to do. But one of the great moments for me as a dancer was being able to be part of one of the biggest music festivals called ROCK IN RIO/Lisbon that has existed since 1985. It is a festival that runs through several countries and uses communication as a vehicle for emotions and causes and the music as an universal language. It was with great pleasure that my partner and I received and accepted the invitation from the school where we work (JAZZY DANCE STUDIOS SANTOS) that this year was assigned with one stage of this festival (YORN STREET Dance).

What advice would you give to up and coming dancers looking at you for inspiration?

I believe that it is also important to devote ourselves to other things besides the dance, all passions have an end and we should never be without a ”safe place”. It’s good to follow and go after everything we like but you can never put yourself in a position where one day you might come to the conclusion that you probably shouldn’t have done it, or question :”what will happen to me” or what now?! It is important to dance but its even more important to make conscientious decisions and not only driven by emotions. Do not go over anyone to achieve your goals, because we all have our time and place. And what will be, will be, the more we rush into things the less things happen.

Be honest in all your commitments, because the life has short legs and no-one likes to be deceived, everything is known, it is only a matter of time.

A lot of work at all levels, I will continue to give my best in everything I do, to correspond to every expectation and get my driving licence which is something that has been postponed for many years.