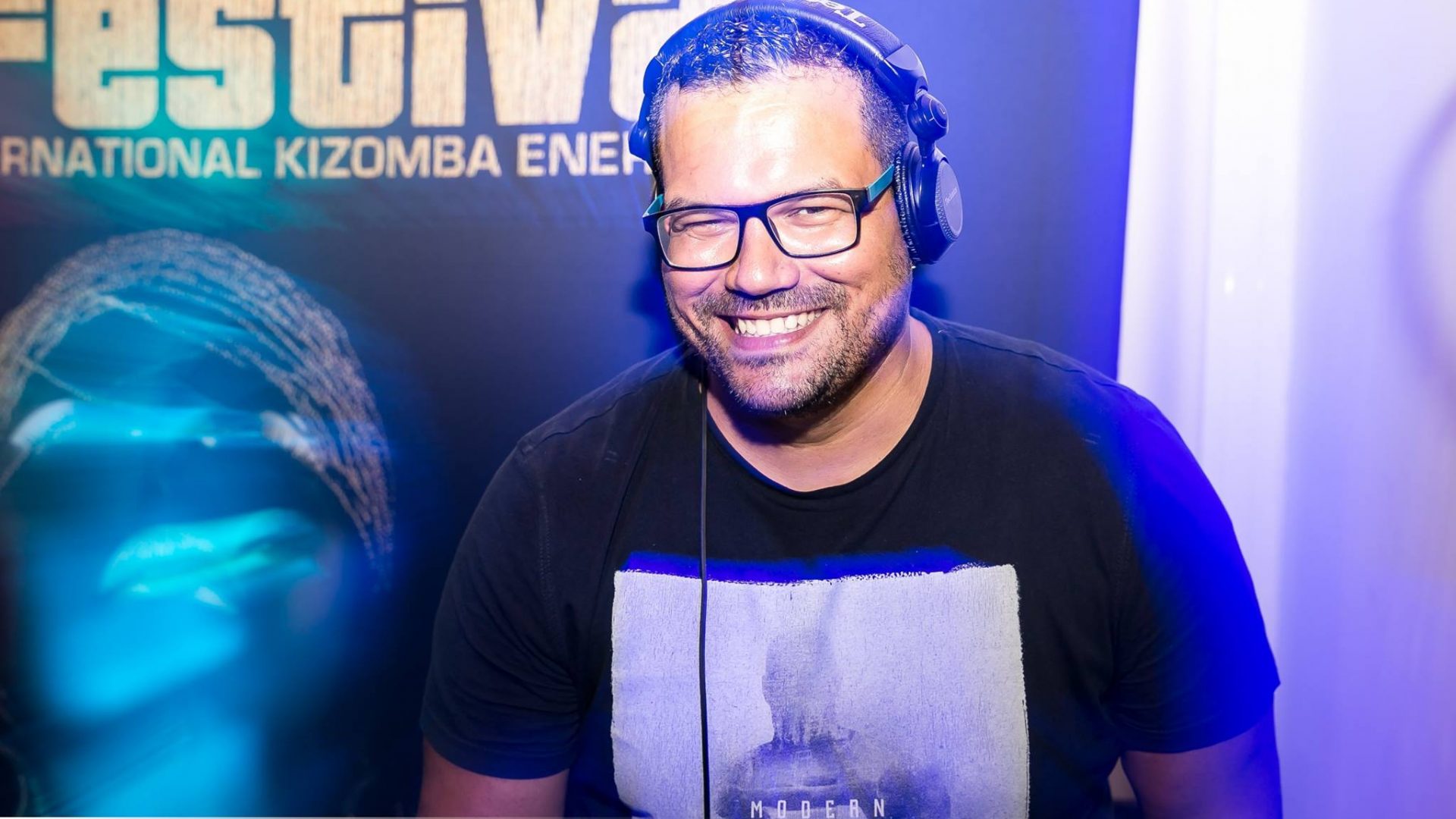 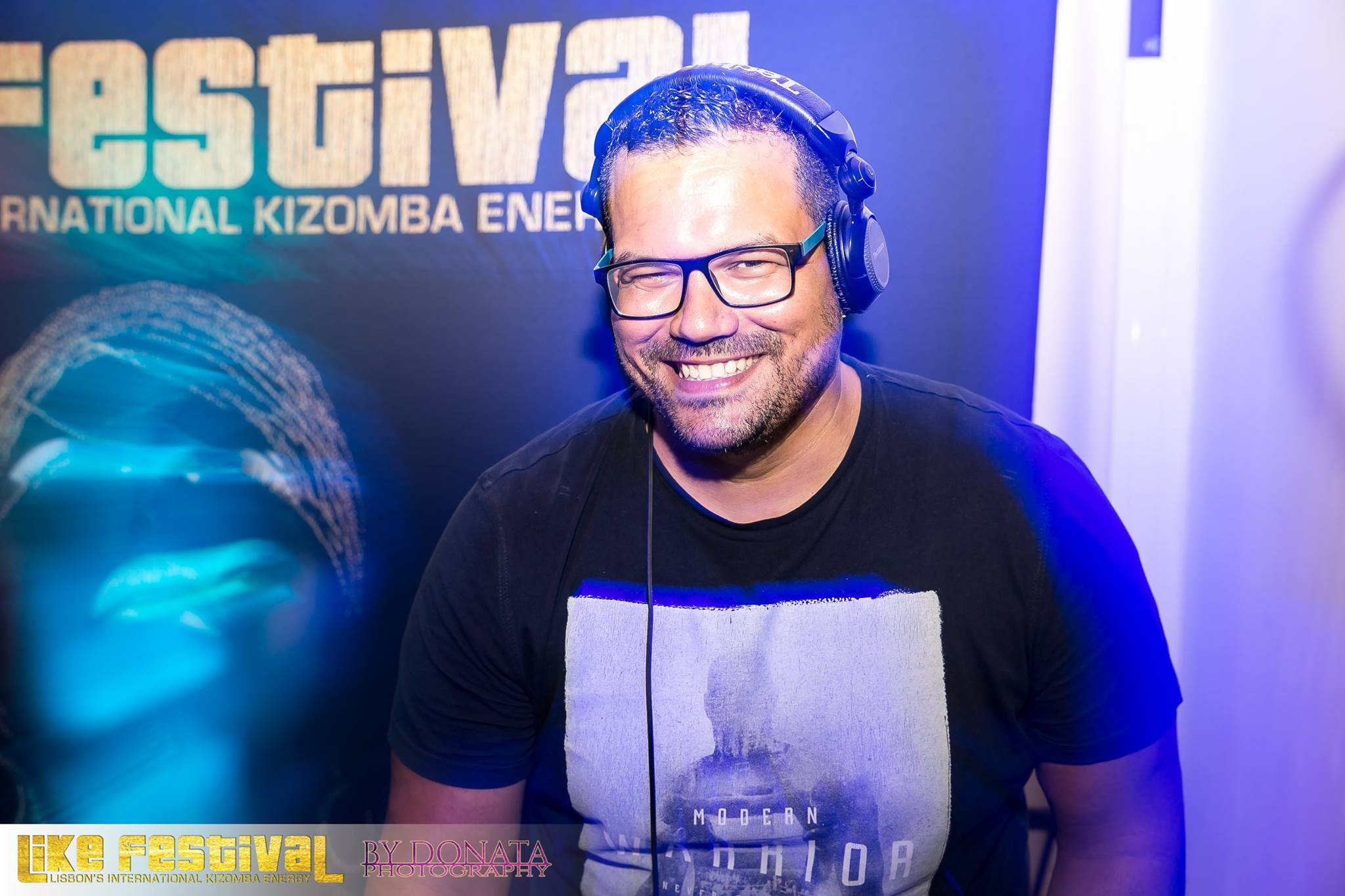 When did you start DJing – and what and/or who were your early influences?

I started when I was like 18. I was into house music and I got myself some equipment and just played around in in my house, until I got a couple of gigs. Since I was into too many things at the same time (story of my life) I had to let go of something. I was into basketball too much, I was working and studying at the same time. So bye bye dj-ing at the time.

Fast forward a couple of years (3 years ago, more or less) me and Mirabella were running a weekly social in Vienna and had a resident Dj. He had to go back to Angola for a while and that time there were no Djs for Kizomba in Vienna and even in Austria I knew no one. So I decided to buy a computer and a controller and take over. The pleasure it gave me to influence people’s moods and even have a extra way to “educate” people, made me fall in love with Dj-ing!  Apparently people started liking it and now i get to go and Dj to a couple of Festivals and events.

What are your pre-set rituals or what you do to prepare for your set?

I don’t have many rituals. I’m not superstitious and I like to go with the vibe of the party, I like to adapt to the other Djs. One of the things i don’t like to do is to go for a gig without having any new music. One or two or twenty! But I like to listen to music, get it ready, find out where are the breaks and stuff like that. I like to imagine how the transitions will be and what are the songs that match. I daydream a lot with music, so I guess we can consider that a pre-set ritual?

What’s been the best event that you’ve ever played in and why?

I enjoyed playing in 99% of the events I was booked to play. There are always ways to enjoy and “turn things around” when you are not feeling it. But… I have to say that 3 of the moments I cherish the most were: Being invited to play at LIKE Lisbon which since the first edition I joined it became my favorite festival and specially because I never asked João for anything and since the first edition I was booked, I keep returning, Being invited to play at Warsaw Kizomba Festival which is the same situation as for LIKE. WKF is my number 2 favorite festival and when I got invited I was jumping around! And playing in Mwangole in Lisbon alongside Carlos King. The responsibility of playing in the most Angolan club in Lisbon was huge and it felt awesomely!

I love playing in general, but I have to say that playing in Mukueto is a delight every single time, playing in Vilnius Kizombvilna Festival was amazing, playing in Belgrade was always such a pleasure, playing in Lisbon is always an amazing experience, playing in Frankfurt at LIKE or Kizomba Fabrik always feels like home, Cologne in Germany was such a positively surprising experience. I love of course to play at Toma, I like that I’m the “backup” dj and I have no pressure at all. I could go on and on and on!

What advice would you give to upcoming DJ’s?

Put in the work. Stay Humble aka keep your feet on the ground. Respect the ones that paved the way. Respect the people you are working for. Respect the craft. Enjoy.

Put in the work in the sense always keep improving. There’s a million things you can improve and “sync” button won’t save your ass all the time.

Stay humble, as in, I know cases of “Djs” that can’t beat match and charge 400€ for 2h set. I know Djs that learned how to beat match and gave up working on it. So in their heads they are stars, when in fact they they provide no quality.

Respect the ones that paved the way in the sense of “giving credit to others” the ones that struggled to hand you the scene and that created the opportunity for you to get paid to do what you enjoy. I remember the first time I played before Tó Costa… I had issues standing straight on my legs, because they were shaking!

Respect the people you are working for, as in, the organizer is paying, so play the slot you are given, accept his request of changing the style or vibe, respect the colleagues before and after and most of all…. Respect the people you are playing for! They are the reason you are there.
Respect the craft as in respect that this is cool, the craft is cool, the hype is cool, but you and others invested in it. Value that investment. For you and for others. It’s ok to play for free when you are starting, to promote yourself, it’s not ok to do it for all your “career” for the alcohol, the fame, the chicks, or whatever.

Outside of music, what else do you do to relax, hobbies & interests?

I like people although they have the power to relax me in the same measure as they have to stress me! I usually say that i’m totally a people person although i love them in the same amount that i “hate” them.

Well… Besides music, obviously dancing! I like Tvshows (i’m hooked on docu-series) i like reading (“forcing” myself to read every day) cinema, i generally like to learn stuff, my playstation 4 (mostly FIFA) my alienware (for Overwatch) i like board games as much as video games, i like good food, i like to cook (when i have someone to clean, cause i hate the cleaning part) i love to travel, i like to listen to people, their stories, experiences, idea and most of all i love my friends, even if i don’t have a fast reply rate when it comes to messages or phone calls, but i do!