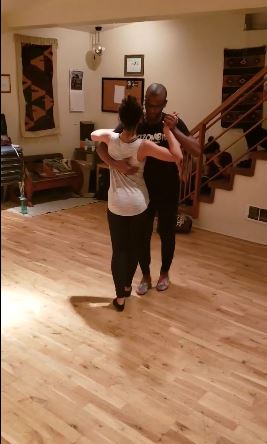 Eddy said being raised dancing Kizomba to Zouk songs meant whenever Zouk music comes on he can’t help but dance Kizomba to it even though he would later realise Zouk has its own dance.

He said ‘We were raised dancing Kizomba in Zouk songs and till today the most common thing you listen to in our clubs is Zouk songs. Only later in my life I found out that Zouk has their own dance but it was too late already because every time I listen to Zouk my body reacts in Kizomba mode.’