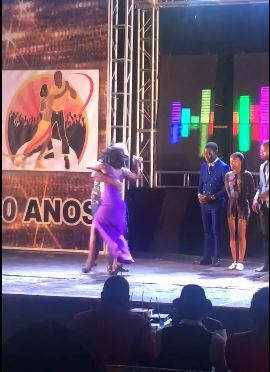 Social media, especially Facebook, has enabled many kizomba instructors and dancers to be widely known around the globe.

Oftentimes, we get so consumed by the information overload fed by the astutely designed algorithms of social media software that we get the false impression that we’ve seen everything and that we know everyone. As a consequence, it’s not surprising that folks tend to take the word and the work of some famous dancers and instructors in the Western world (Angolans and non-Angolans) as gospel and as the standards, respectively, to benchmark what good kizomba and semba should be/look like.

However, what many people abroad don’t know is that, in Angola, not everyone has the luxury to afford the expensive mobile data plans that allow one to broadcast live videos and/or upload high-definition videos on Facebook, Instagram, YouTube, etc. As such, many good local dancers and instructors remain unknown to the rest of the world. Willfully or unwittingly.

During the National Kizomba/Semba Competition held here in Luanda 2 weeks ago, the winners of previous years were invited to take the stage and showcase their skills to the audience, one couple at the time. Former champion #MárioJordão, who’s now living and teaching in France, was not in country. So, a tall dude wearing all black apparently came out of nowhere and volunteered to dance with #JéssicaSimão who won with Mário in 2015. He picked up a card from the floor with the number 8 written on it and just got on stage, completely unbothered and seemingly unfazed by the incommensurable amount of kizomba/semba talent standing next to him.

See for yourself what he did. ??