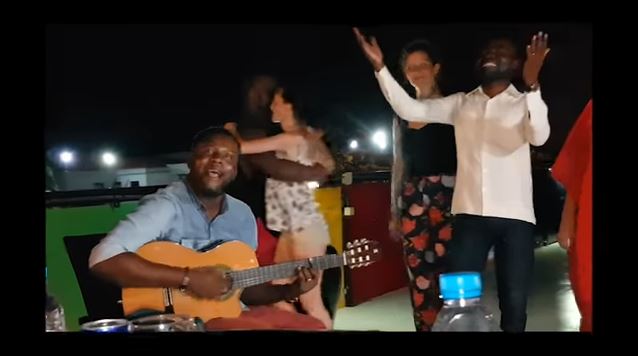 Earlier this year I was in Angola as part of the KIZAKA dance trip to Angola, organised by Mestre Petchu, it was an amazing experience with so many highlights …..

We had an awesome time dancing with Kyaku kyadaff after signing our individual copies of his album for us, he then introduced us to Jojo Gouveia who performed his new single RECADO ahead of its official release later this year … his voice is truly heavenly and we look forward to hearing more from him in the near future.

Here is the official single – RECADO